For larger views of photos in this photo album, click any photo in the photo scroller, below. 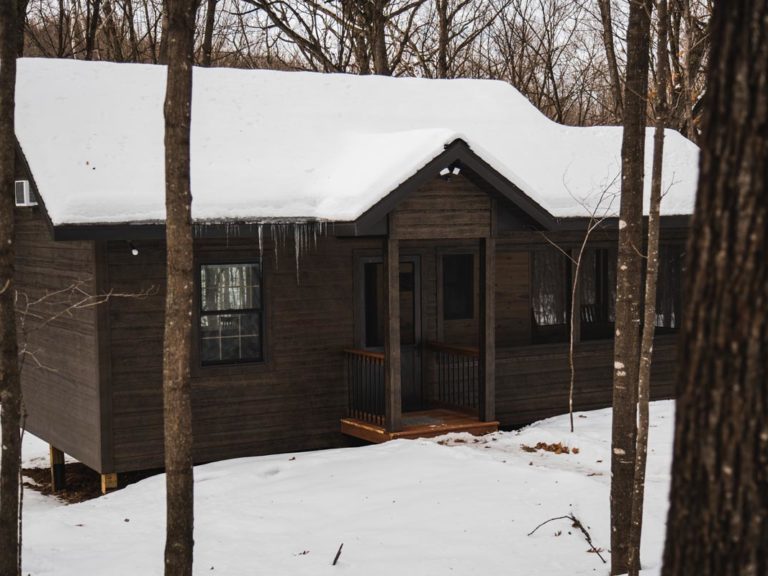 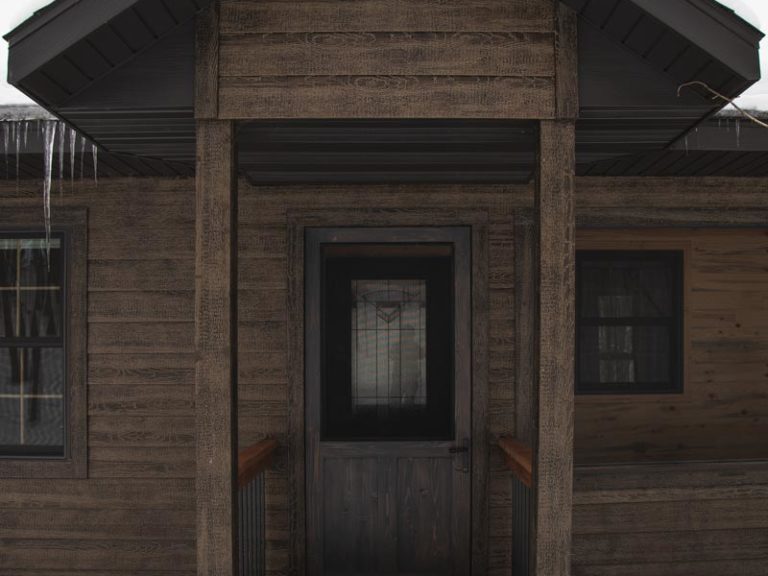 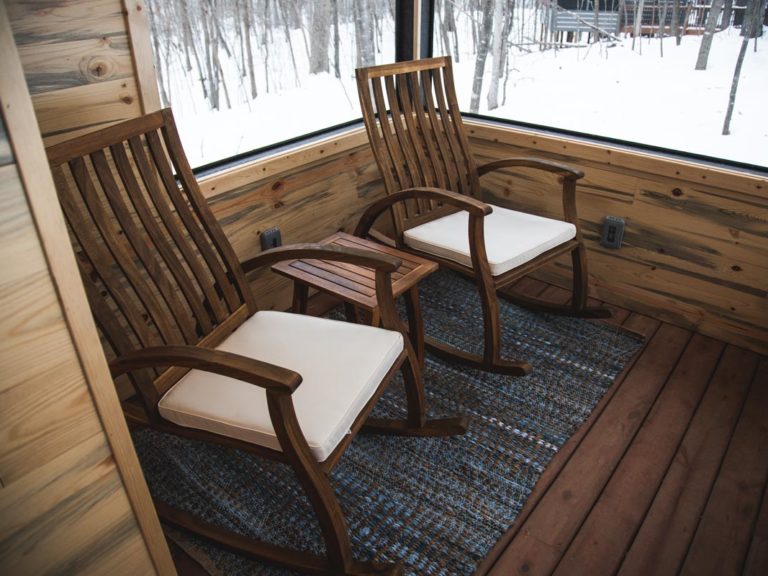 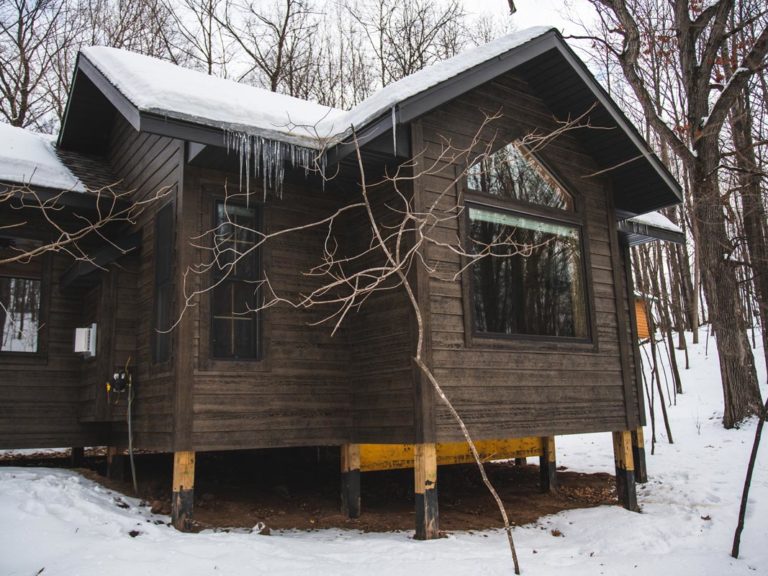 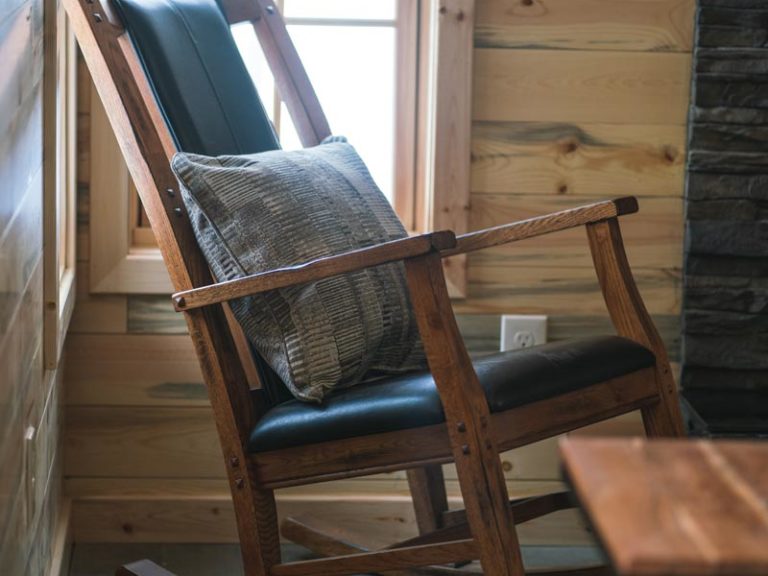 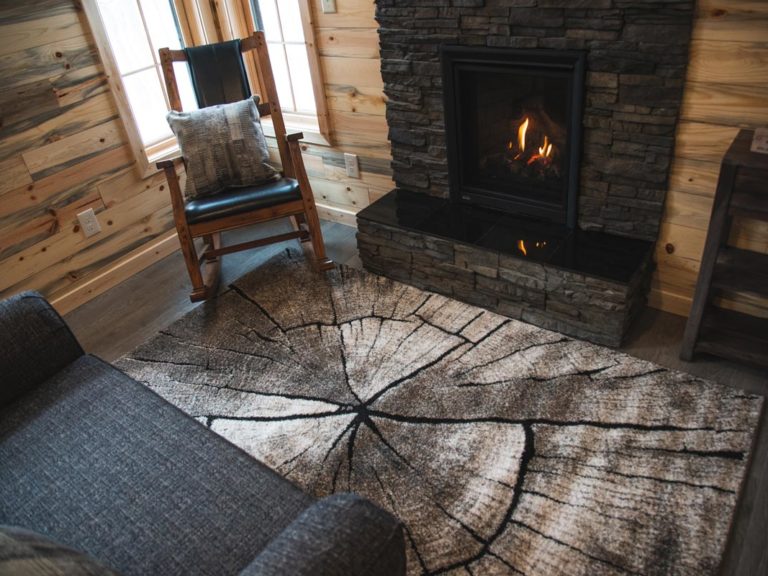 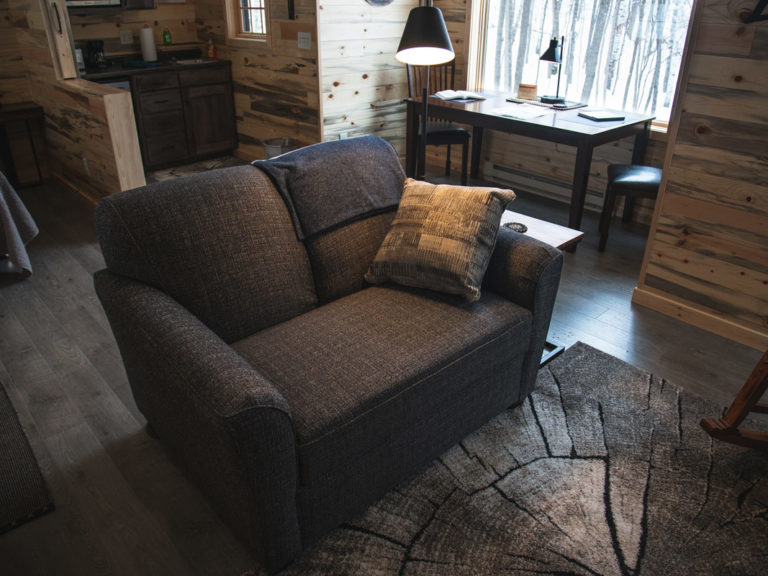 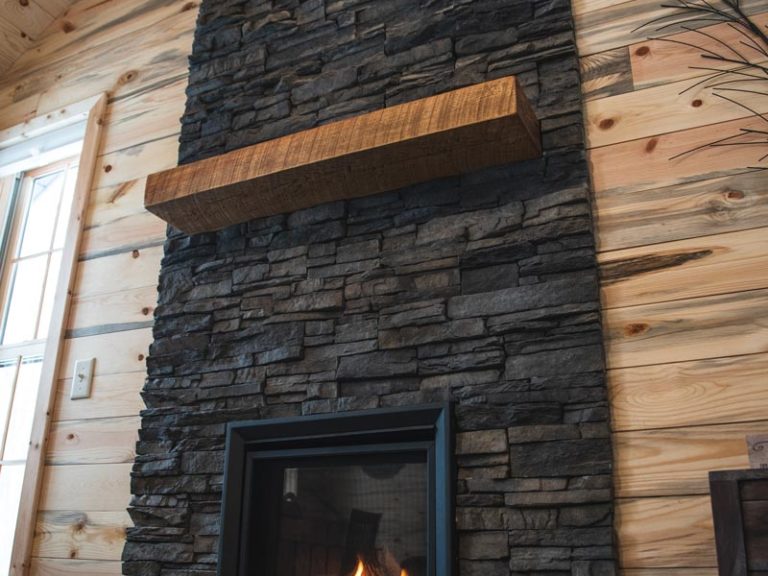 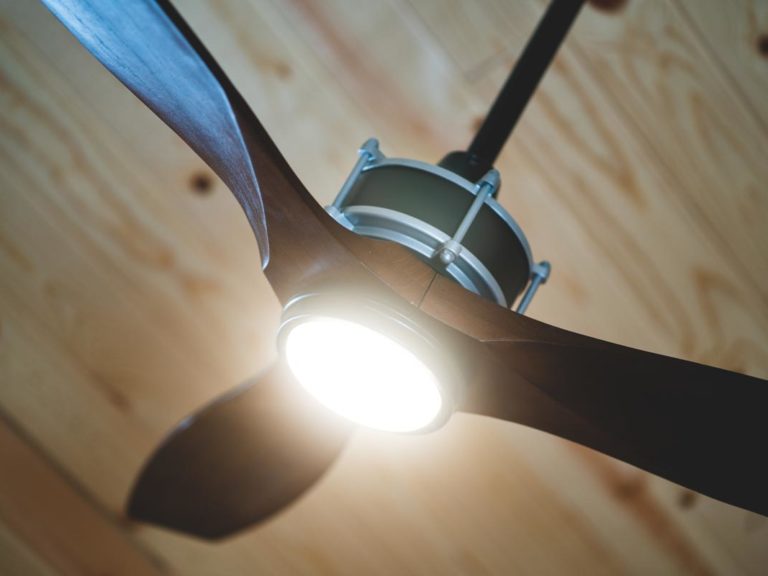 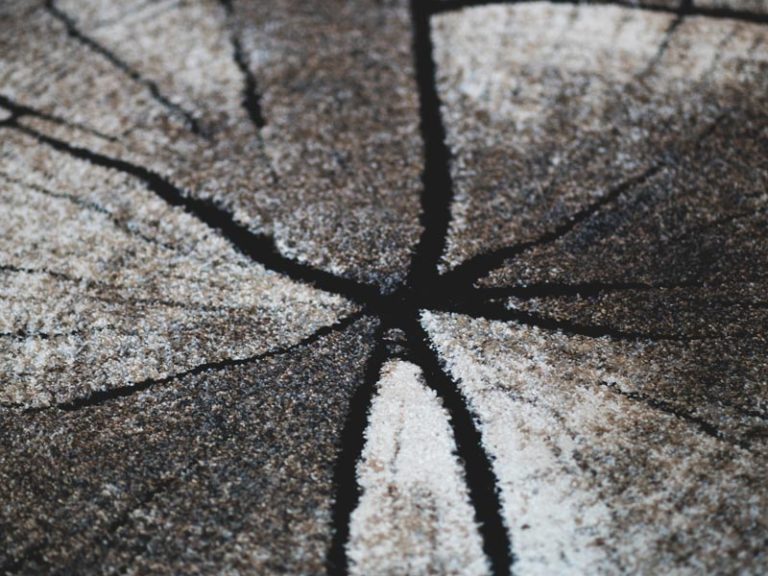 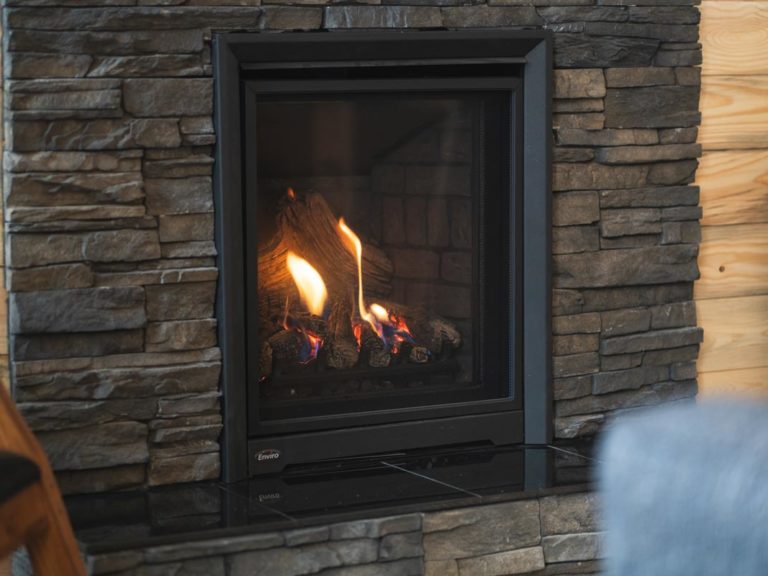 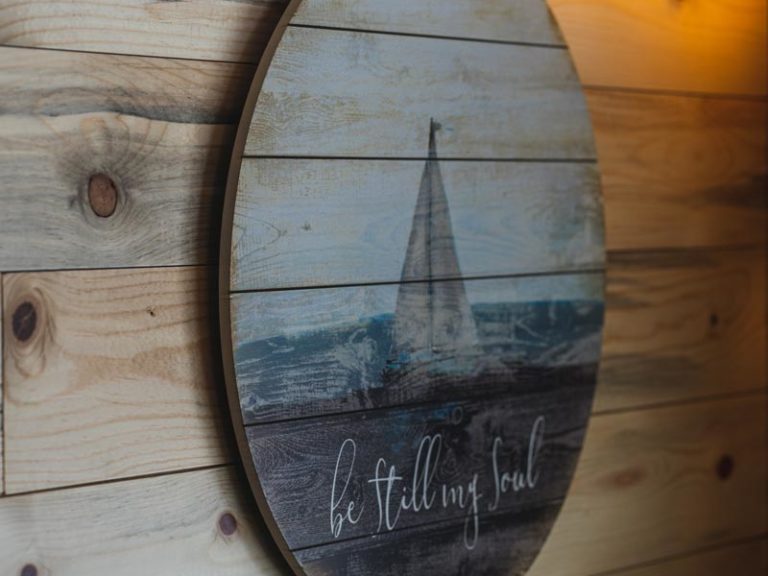 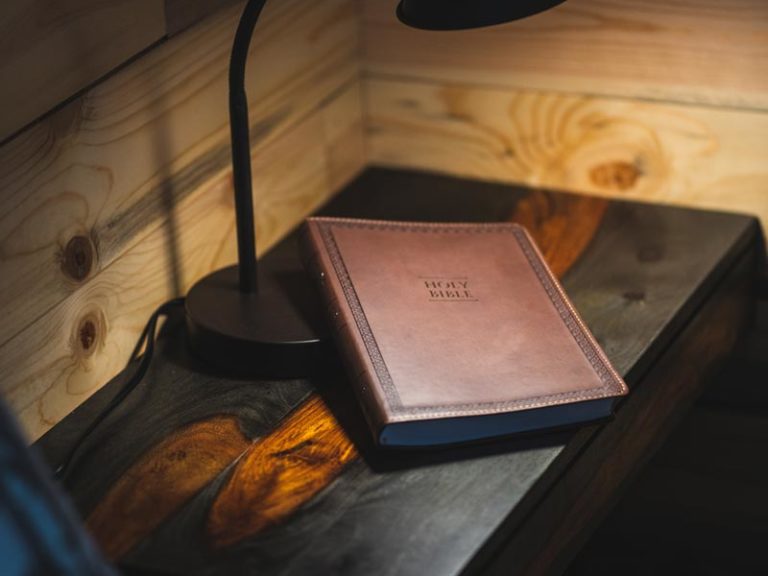 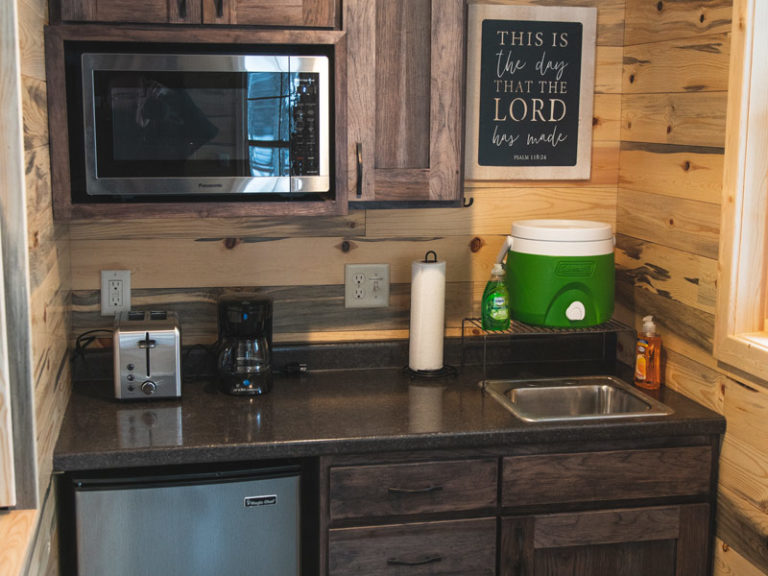 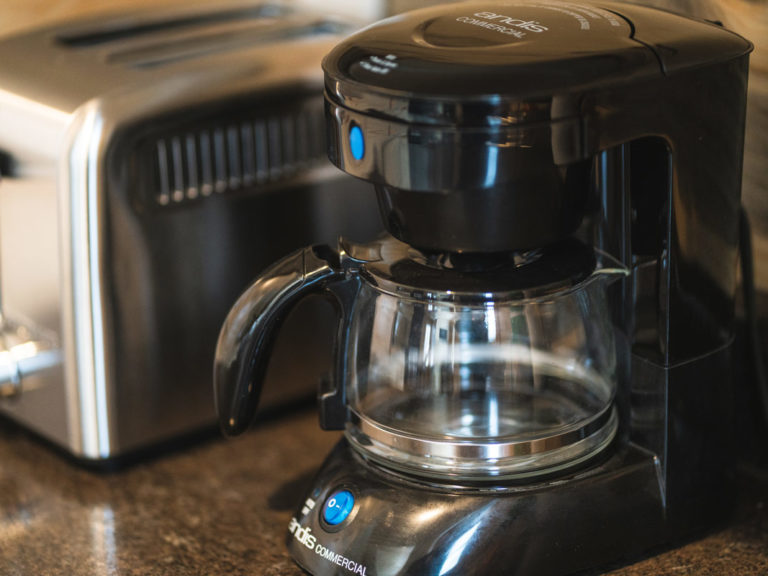 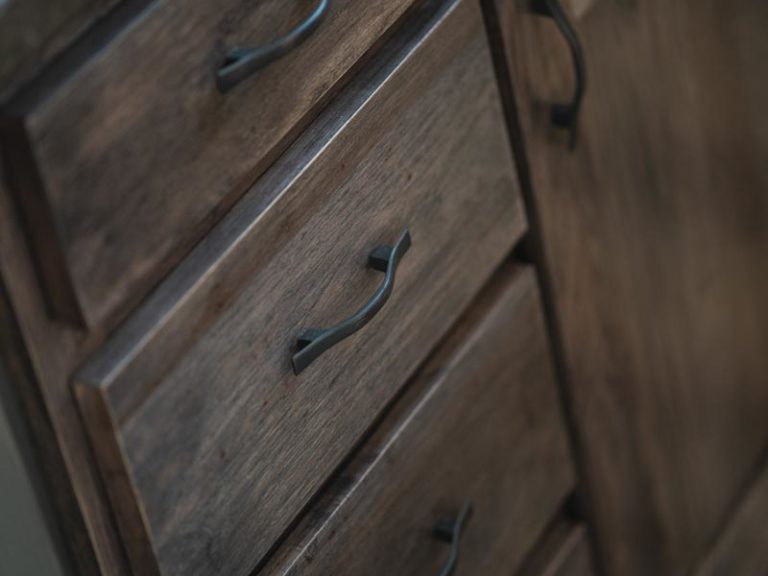 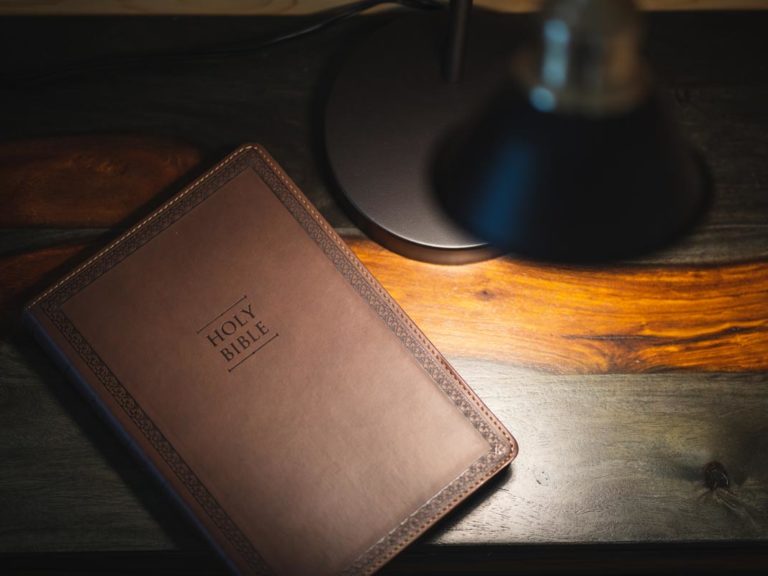 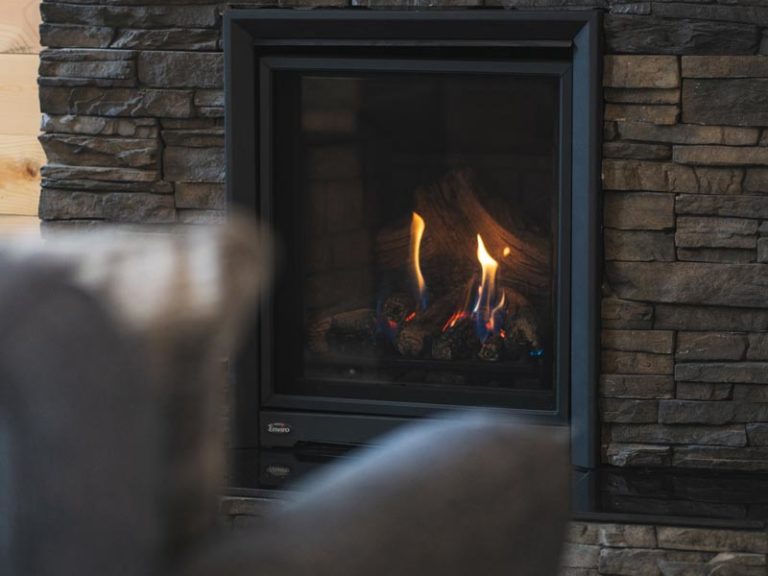 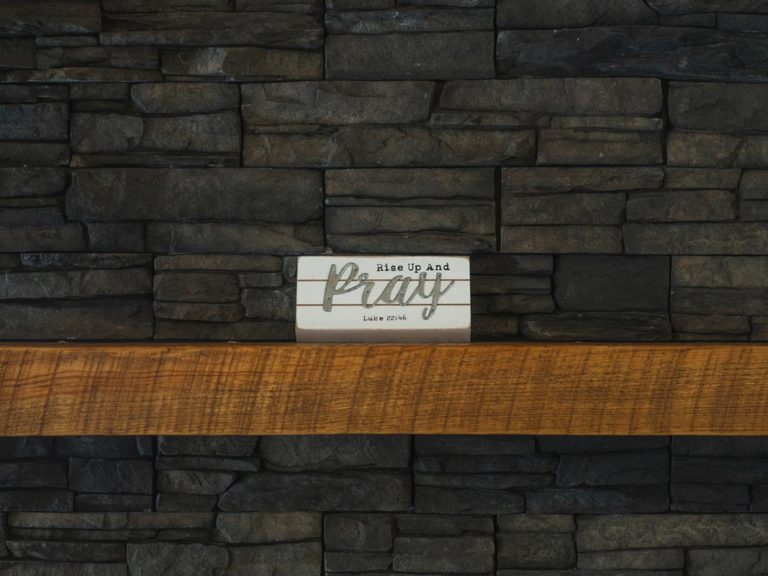 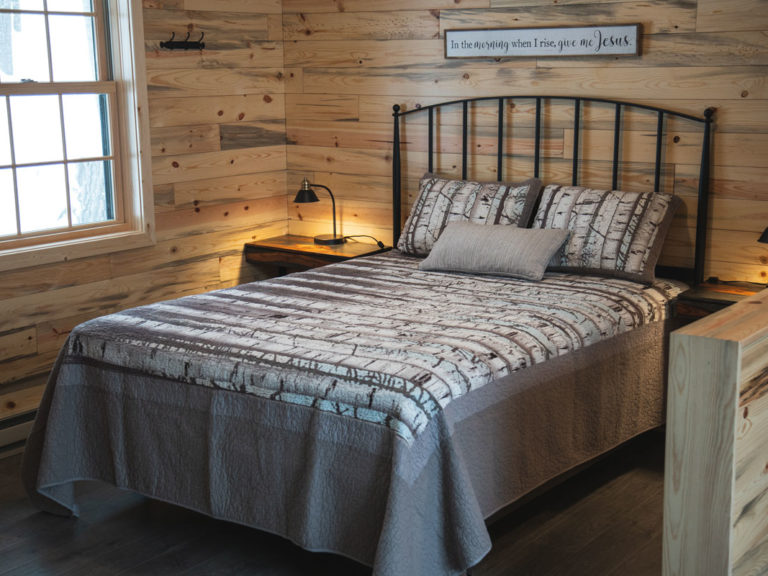 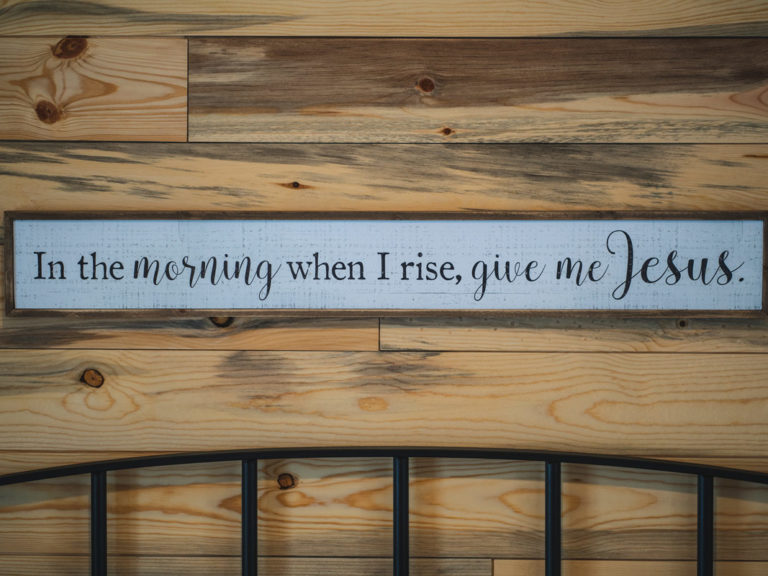 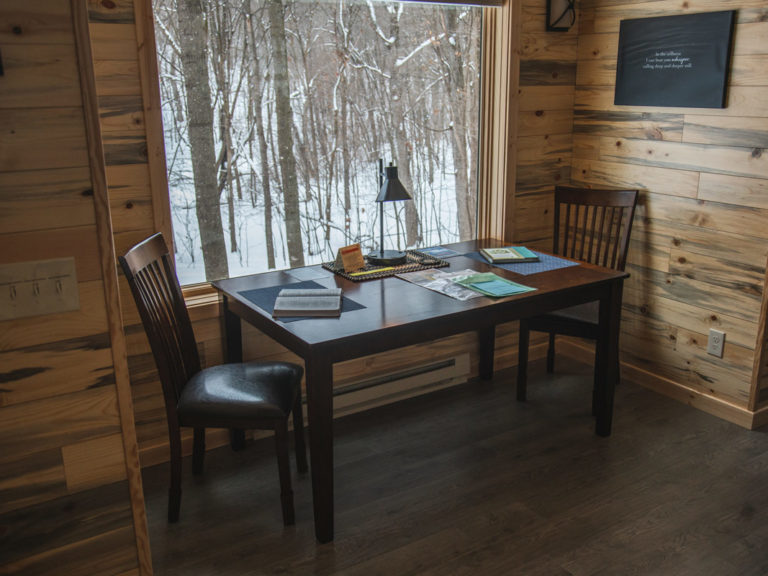 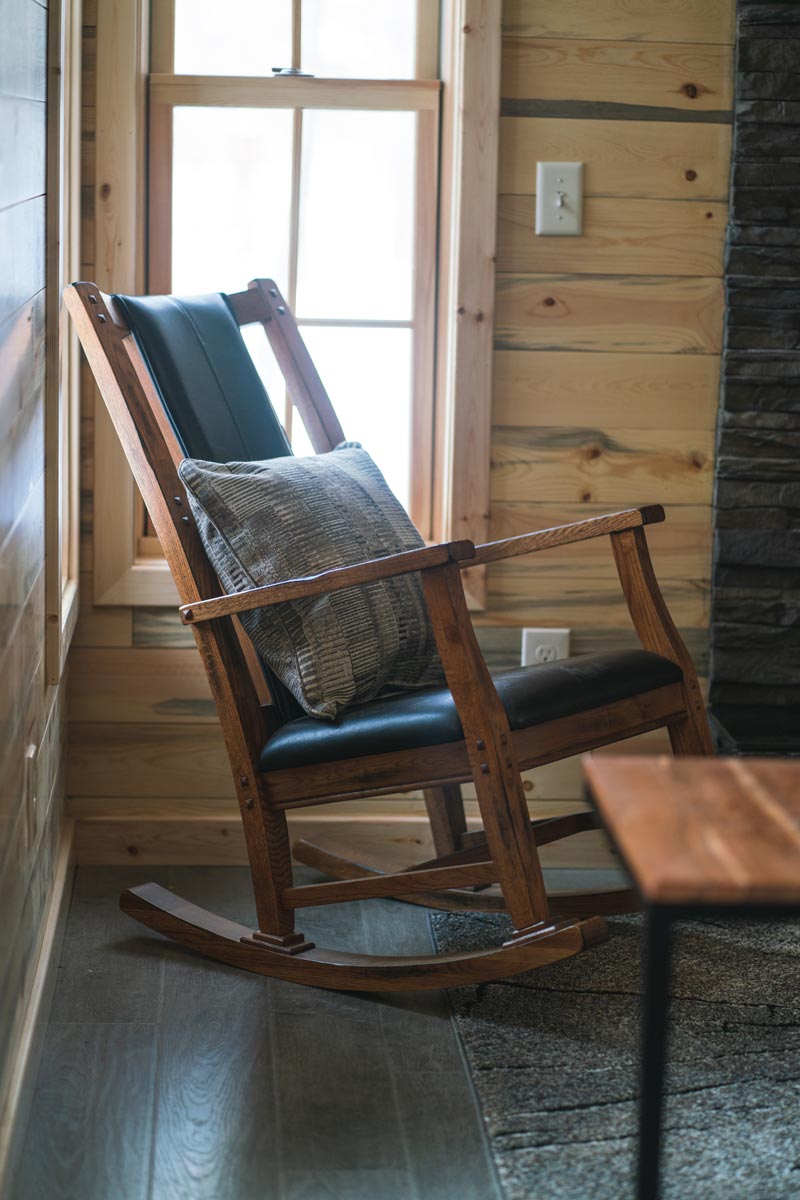 We invite you to listen…for His Whisper!  This is the 7th prayer cabin to be built here at The Wilderness Fellowship.  As with all the other prayer cabins, this one, too, has a story.  It could be said that this cabin was conceived and imagined in the hearts of many of our early guests and has been in process for almost 30 years. You see, the first prayer cabin was built in 1990, and from the time of that first cabin we have had guests who were so profoundly impacted by “hearing God’s voice” during their stays in the prayer cabins, that they wanted to have a part in building a prayer cabin, yet found themselves unable to fund a whole cabin.  So being faithful to what they felt God was saying to them, they “gave what they could” and the “Prayer Cabin Construction Fund” was started. Over the years that fund grew to over $15,000…still not enough to build a whole cabin, but a fabulous collaboration of many smaller gifts that made a huge difference.

Late in 2018, two weeks before Thanksgiving in fact, a friend encouraged us to be a part of “Giving Tuesday” and to set prayer cabin #7 as the goal.  Feeling God had given us a green light and a plan, we launched a “Giving Tuesday Prayer Cabin Campaign” and in a short period of time, the Lord provided around $42,000 from more people who had caught the vision for the prayer cabin ministry!  Add to that the Prayer Cabin Construction Fund balance of $15,000, and we now had enough! Shouts of praise went up, permits were applied for and granted, trees were cleared, foundation posts were put in the ground the first part of April 2019, workers and volunteers showed up and final inspection and approval for occupancy happened Dec 30, 2019.  Just over 9 months.  Isn’t God good!  In that period of time we also asked for name suggestions and from those names one stood out!  The Whisper!

What happens when someone (or God) whispers?  The first thing that usually happens is that we quiet ourselves, lean in closer to the one whispering and sometimes even cup our ear with our hand in order to hear better.  Whispered words are important, but those words are often spoken for you only, or you alone!   Thus, the whisper.  When there is too much noise we can’t hear the whisper, so we need to lean in and be quiet and tune our ears to hear. Does this resonate with you? This is exactly why Jesus went to a place alone and prayed.  He moved away from the busy noise to a quiet place so he could talk with and listen to His Father’s whisper. There is a beautiful song called “Breathe” by Influence Music which has these words.  “In the stillness, I can hear you whisper, calling deep and deeper still.”  This is what is in store for each of us when we quiet ourselves, lean into Jesus, and even cup our hand to our ear so we can hear His still small voice.

So again, we invite you to come and listen…for the Whisper.

The Whisper Prayer Cabin is a handcrafted cabin, built “on site” and tucked into the woods, overlooking a peaceful area where wildlife is at ease and deer like to bed down and relax. With its single-level floor plan, it truly is a cute little cabin suite. The light, satin-finished, pine interior and screen porch siding, has “wisps” of natural blue-grey stain cast throughout, presenting a “whisper feel” as one sits and gazes upon the walls, almost like watching the various shapes of clouds forming in the sky. The Whisper Cabin boasts a beautiful gas fireplace with a log mantle set into a shale-type stacked-rock wall ascending up to the peak. It has electric heat, air conditioning, microwave, toaster, refrigerator, coffee maker, a few basic dishes, silverware, a sink and water jug for drinking and cooking needs, and miscellaneous utensils making this cabin a perfect, quiet place to listen for the Whisper of God.

To make your stay as comfortable as possible a queen-size bed, table and chairs, rocker, and a comfortable twin sleeper chair help complete the cabin.

A very modern, well lit, heated pit toilet is near the cabin while a fully modern bathroom, shower and water jug filling station is just a short walk away.  View a photo tour of our shower house and outhouses. From where you park your car to the cabin entrance is a short walk (about 100 feet) down a slight grade.

There is a Prayer Cabin Community fire ring in the area that the Prayer Cabin guests can share. Firewood for campfires is available for purchase on site. Check with the office.

Comfortable clothing to meet your indoor and outdoor needs. As a point of health and consideration for all guests, please bring ONLY freshly washed and machine-dried bed linens, blankets, sleeping bag, and cases on pillows. We suggest slippers, towels and personal care items, simple food that can be cooked in the microwave, a flashlight, reading material, and a Bible. The bed is queen size.

The Whisper Prayer Cabin must be reserved in advance and is available on a suggested minimum donation basis.

To change month, click-on month and select month from dropdown or use right or left arrow.

*Note about yellow dates: In an attempt to give our staff Sundays and Holidays off, we do not take reservations for arrivals on Sundays or other dates identified in yellow.  Guests may be here through a yellow day and may even check out on a yellow day, but no arrivals are allowed on yellow days.

Give a Prayer Cabin Gift Certificate!

Customized Prayer Cabin gift certificates are available to help you to give a special and unique gift to someone you care about.  Suggestions: Pastors, Friends, Family, Wedding Gift, Anniversaries, Christmas, Birthdays.
Order a Gift Certificate!

How have these Prayer Cabins come to be?

Many of the prayer cabins has been provided for by a specific family in honor or memory of a loved one.  These families have provided/donated all the necessary funds and input to build the cabin. We work closely with each family to create a cabin fitting to our call and mission. You could also invest in hundreds of people’s lives by funding a cabin. Please contact Randy if interested.

Are there bathrooms in the prayer cabins?

Can I come before the 3 pm check-in time?

You are welcome to come enjoy The Wilderness, walk trails or sit by the lake, however, the earliest facility “check in” time is 3 pm. Please make every effort to keep the check in time you told us when you made your reservation and is on your confirmation email. If you are going to be late, please call and let us know your arrival time. (Please leave a message if no answer.)

Do you keep my credit card number on file?

Do you provide linens?

No, TWFM does not provide linens. The bed is a queen size bed. As a point of health and consideration for all guests, please bring ONLY freshly washed and machine-dried bed linens, blankets, sleeping bag, and cases on pillows. You must also bring your own personal towels. (A dish towel and a dish cloth are the only towels we provide.)

No pets or animals of any kind are allowed in any of our facilities. The only exception to this policy is a service animal.

Are the Prayer Cabins heated and/or air conditioned?

Yes, the Prayer Cabins are heated with electric heat in the winter, and they are air conditioned in the summer. They also have windows that open, during those times of the year when neither heat nor cooling is needed.

Is there Wi-Fi at the Prayer Cabins?

No. Wi-Fi service is not available at the Prayer Cabins.

Is there a place for a campfire close to the cabin?

How close do we park to the Prayer Cabins?

It is a short hike from the parking lot to the Prayer Cabins.

Why do you ask for my credit card number?