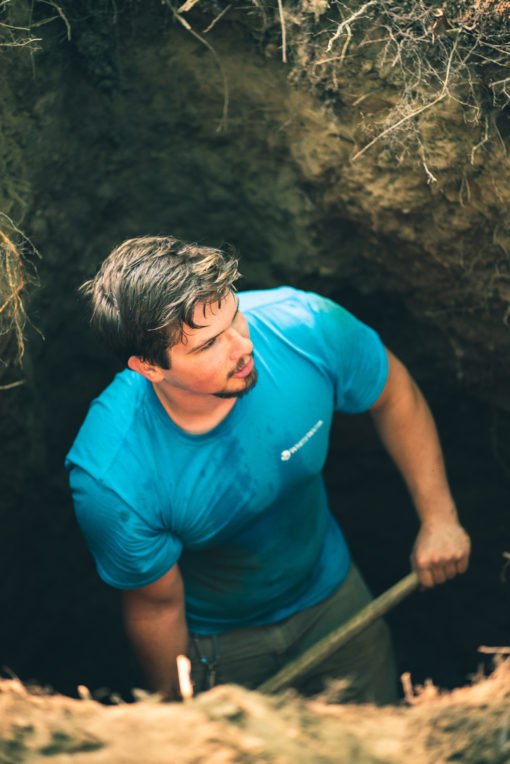 Caleb is the youngest of the 4 children of Randy and Renee Klawitter. Growing up around the ministry he helped with collecting maple syrup along with playing, and exploring The Wilderness property with his three siblings and other staff children during his childhood.

Caleb first came on staff here at TWFM after returning from Bible school in Holsbybrunn Sweden in early June of 2017. He worked with us here until the end of July of the same year, when he then left to build waterslides. After completing his time with the waterslide business TWFM brought him back on staff once again in the beginning of May 2018. At a young age God instilled in him a calling of evangelism and a talkative personality which has led him to enjoy the interaction with guests here at the ministry.
He mainly serves as the resident lawn mower and the man who puts the roads back together after heavy rains, though he also serves wherever there is need of him.

He appreciates the opportunity to learn skills and the value of a servants heart as he works alongside the staff at TWFM to help usher in the impacting of people’s lives as God meets them here at the Wilderness.

For every thing there is a time and a season, for every purpose under heaven.